Welcome back to On The Horizon, Gamer Horizon’s weekly update about what new games are coming out and what we’re working on for the site. 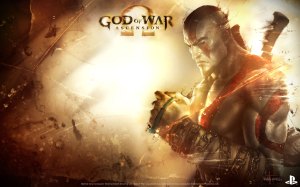 Sony is providing a big release this week. Coming Tuesday, March 12th is God of War: Ascension. This game serves as a prequel to the series, so it should be interesting to see the beginning of Kratos’ story. If you pre-order God of War: Ascension, you’ll get a demo of The Last of Us, a title the Gamer Horizon crew is really looking forward to. Below you’ll find a commercial for God of War: Ascension titled From Ashes.

And finally, also for Tuesday March 12th is Sniper: Ghost Warrior 2, a first person shooter with a focus on sniping. This one is being released by City Interactive.

This week on Gamer Horizon we’ll have Ari’s review of SimCity (assuming the launch problems are resolved) and Ted’s review of Darkstalkers Resurrection. Alex is working overtime and will proving two reviews! The first is for Castlevania: Lords of Shadow, Mirrow of Fate and the second is for Tomb Raider. And speaking of Tomb Raider, we’ve got a brand new editor here at Gamer Horizon, and he’ll be providing a fascinating editorial on the subject. Welcome aboard, Sean!

Finally, as always, Ted will be providing his weekly update on PlayStation Plus. You can also look forward to that and plenty of news coverage throughout the week. Have fun, everyone!