Capcom reveals a new Dragon’s Dogma story titled Dragon’s Dogma: Dark Arisen. Players will reprise their role as the Arisen as they guide a party through a brand new underground realm created specifically for this game. Cast high level spells and attacks against the Poisoned Undead, Banshees and the imposing Gold and Silver Knights as they will attempt to stop you at every turn. Returning players can export their save data into this new game and explore the underground realm at any time. New players to the franchise can begin the quest to reclaim their heart and learn what it means to be Arisen. All the original content from Dragon’s Dogma will be available in Dragon’s Dogma: Dark Arisen.

Dragon’s Dogma was developed and published by Capcom for the PlayStation 3 and Xbox 360 consoles. It’s a hack and slash action role-playing game that lets you choose between several different classes to play. A dragon has shown up at your fishing village and you run out, sword in hand to stop it. A brief battle ensues and the dragon tells you that you are the chosen one as it rips your heart from your chest and flies away. You are the Arisen, the one destined to destroy the dragon that stole your heart.

Dragon’s Dogma: Dark Arisen is set to launch on April 23 in North America and across Europe on April 26 for the PlayStation 3 and Xbox 360 consoles. 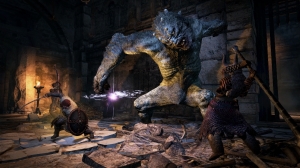 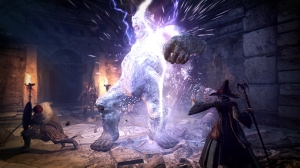 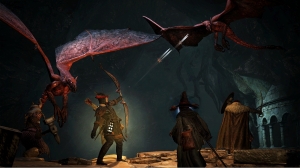