It’s a bit strange reviewing Yakuza 3 in 2020. It was originally released in 2009 in Japan, and since then, both Yakuza and Yakuza 2 were dramatically improved with their Kiwami versions, and all of the later games in the series (including Yakuza 0 and most recently Yakuza 6) are of course newer and more technologically advanced. So now that the Yakuza Remastered Collection is out, and the entire series is available on PlayStation 4, Yakuza 3 finds itself in the position of being the game in the series that feels the most dated, despite not being the oldest game in the series.

The Yakuza Remastered Collection, which includes Yakuza 3, Yakuza 4, and Yakuza 5, does not give these games the Kiwami treatment, which means they don’t have a large list of exciting or groundbreaking new features. Perhaps the most notable addition is the “missing content from the original Western releases that has been re-added to the remastered versions,” which notably includes hostesses and substories that were left out previously. That’s well and good, but is a far cry from how Majima Everywhere impacted Yakuza Kiwami. Instead, these remasters are primarily visual improvements, with the resolution increasing from 720p at 30fps to 1080p at 60fps.

For many players, that will be reason enough to play through these games again, or for the first time. Yakuza 3 benefits greatly from the increased framerate, as combat is easier to read and follow, and exploring is a feast for the eyes, as usual for the series. The higher resolution does reveal some muddy textures that could have really used some polish though, particularly on the character models. The camera also seems to rotate exceptionally fast (I wonder if this is a result of the increased framerate), and there is no setting to lower the sensitivity. It’s also unfortunate that cutscenes cannot be paused or skipped, which is really bizarre in this day and age, and the ones that are pre-rendered have lots of compression artifacts and often look worse than the in-engine visuals. The scripts have also been “reviewed, revised and rewritten” to be truer to their Japanese counterparts, but I still found multiple grammatical errors and misplaced words throughout the course of my playthrough of Yakuza 3. 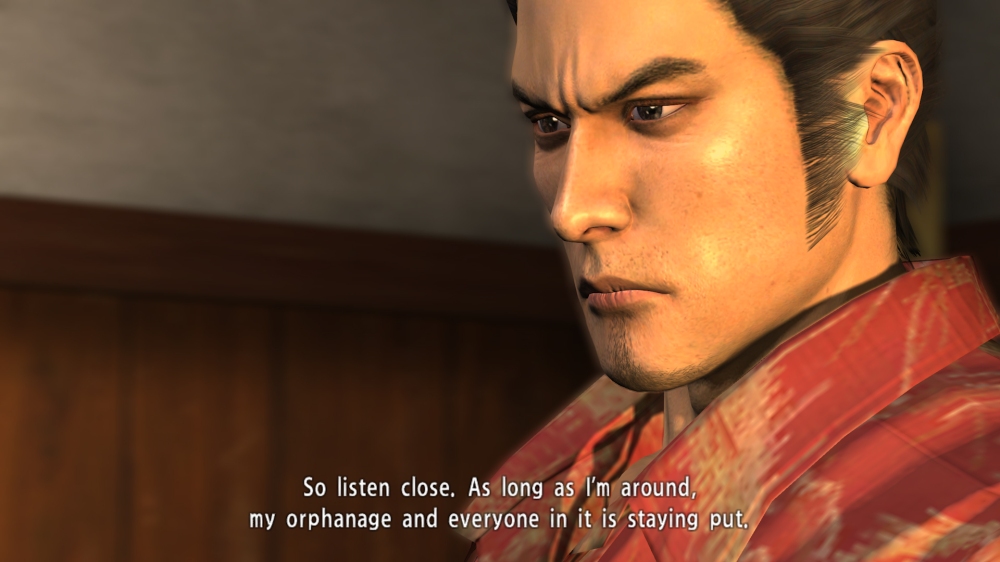 All that being said, Yakuza 3 holds up pretty well! Its story revolves around the Morning Glory Orphanage (previously translated as Sunshine Orphanage), where series protagonist Kiryu takes care of a group of orphans from Ryukyu in Okinawa, alongside his adoptive daughter, Haruka, who is 11 years old at this point in the series.  After receiving a suspicious eviction notice, Kiryu seeks answers and ends up learning of a plot that involves far more than just the local Yakuza. Eventually this leads him back to Kamurocho in Tokyo where the drama continues to unfold.

By the end of Yakuza 3, I was impressed by how well the characters had developed, and how emotional the story became. The Yakuza series is always pretty good at this, but I think Yakuza 3 does a particularly good job of making the player care about the cast, so that when the screws start to turn, the impact is all the more powerful.

The rest of the game is the usual Yakuza. Kiryu always has something he is supposed to be doing, but more often than not ends up distracted by all that Ryukyu and Kamurocho have to offer. Strangers bother him to solve their problems in quirky substories, which range from entertaining to unfathomable. Local businesses tempt him into casinos and clubs, and bars have games like darts, pool and karaoke. The arcades have UFO catchers and Boxcelios, which is a bizarre side scrolling shoot ‘em up. There’s a bowling alley, batting cages, a golf course, and fishing.

When Kiryu is feeling particularly tense, he can get a massage or spend time with any of 7 hostesses, each of which need to be wooed over multiple (expensive) visits to the hostess clubs if you’re aiming for 100% completion. Unfortunately, most of the hostesses’ dialogue is not voiced, and this is an example of a feature that is more fully realized in later games in the series. That is also true for the cabaret club minigame, which is barely worth mentioning compared to the incredible minigame from Yakuza 0.

In between all of these distractions and following the main story, every thug, punk and yakuza that notices Kiryu will approach him and force him into battle. While less complex than the more recent entries into the series, the combat in Yakuza 3 is passable, and retains many of the usual pros and cons. It’s always fun to see a heat action unleashed when Kiryu’s heat gauge is full and there is some contextual excuse to do something awesome. But most of the time, particularly in random encounters, combat will be little more than repeating the same combo that’s been Kiryu’s bread and butter since the beginning.

The exception is boss battles, which are much more challenging and arguably unfair. The bosses are absurd damage sponges that are extremely defensive, blocking and dodging the vast majority of Kiryu’s attacks. Their attacks can be very fast and hard to predict, and need to be dodged in order to effectively land a hit with a counterattack, and even then only a couple of hits will land before they start dodging and blocking again. Worse, most bosses do not flinch or recoil when they are hit, and can counterattack even while you are actually damaging them, interrupting your combos and generally causing frustration. It’s for this reason that combat in the Yakuza series has never been my reason for playing it, and Yakuza 3 is no exception. Still, I always allow for the possibility that I’m just bad, so if you’re really into the combat, you can enjoy additional challenges in the Underground Coliseum. 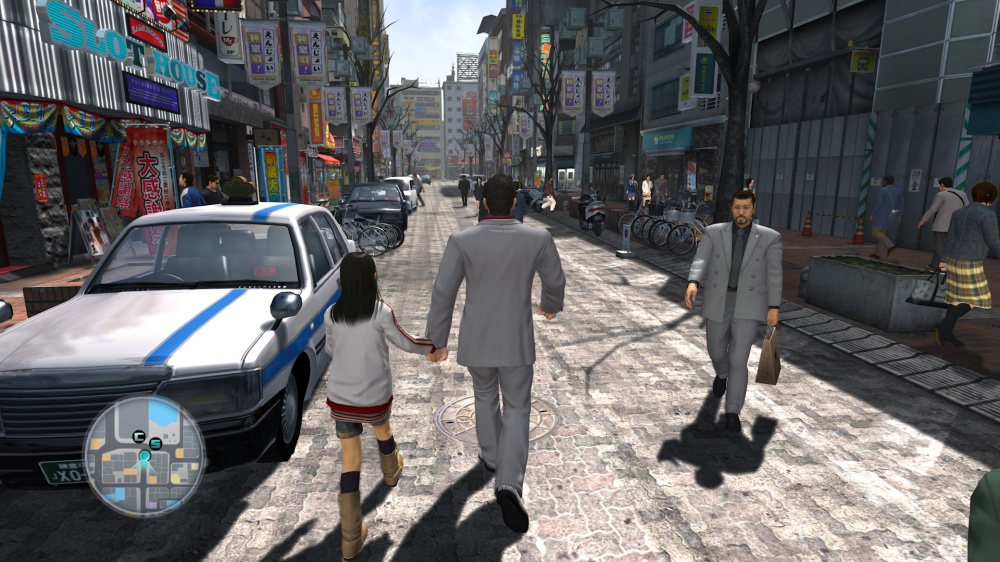 Despite being the least technically advanced Yakuza game on PlayStation 4, Yakuza 3 still manages to be an essential part of the series, mainly for its storyline. While it’s easy enough to spend dozens of hours on side stories and distractions, a beeline through the main story can take less than 15 hours, and I absolutely recommend it for that at the very least. While the more modern Yakuza games typically have better versions of the minigames present here, there is still a huge amount of content in Yakuza 3 for a player interested in exploring it all, and the Yakuza Remastered Collection is the best way to play it.

Ari completed Yakuza 3 Remastered in 15 hours, focusing primarily on the main story. He received a copy of the game for free from SEGA of America.