Skip to content
Posted on May 8, 2013 by Gamer Horizon Classic Import

Telltale Games has just announced their latest episodic video game series titled The Wolf Among Us which tells the story of Bigby Wolf who was once known as Big Bad Wolf. Bigby is the Sheriff of Fabletown, the hidden community in New York where the FABLES now live. Bigby was given the job by the bureaucratic Snow White and must keep the peace among the towns mythical denizens. The game and comic book features a wide assortment of characters from the chain smoking member of the ‘Three Little Pigs’ to the car stealing Mr. Toad who is always in search of his next wild ride.

The Wolf Among Us game is based on Bill Willingham’s award-winning comic book series ‘FABLES Legends In Exile’ which is about Fairytale creatures who live in New York and refer to themselves as FABLES. The Fables were forced out of their homeland when the realm was conquered by a being called ‘The Adversary.’ The FABLES move to the mean streets of New York leaving the ones who are unable to blend into human society to live on a farm in upstate New York, appropriately named ‘The Farm.’

FABLES is published by Vertigo and is one of DC Entertainment’s longest running comic book series. It has been in publication since 2002 and has won numerous awards including fourteen Eisner Awards, Best New Series in 2003, Best Writer in 2009, Best Short Story in 2007 and many, many more. The Wolf Among Us is set to release later this summer for PlayStation Network, Xbox Live Arcade and the Telltale Online store for Mac and PC. Keep an eye on Gamer Horizon as we will bring you all the latest news on The Wolf Among Us as it becomes available. 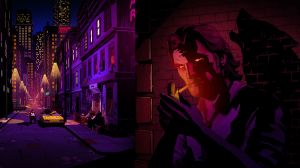 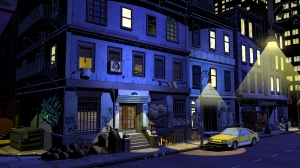