Welcome back to another week and another look at what’s On The Horizon! There are a ton of games coming out this week, so let’s get right to it!

On Wednesday, June 26th, Magic 2014 – Duels of the Planeswalkers will be released on PC (Steam), Xbox 360 (XBLA), PlayStation 3 (PSN) and on iOS and Android devices. It seems we can reasonably expect a new game in this series every summer, and that it will contain many of the cards that will be available in the next yearly release of the Magic: The Gathering core set (Magic 2014 Core Set is being released on July 19th). Magic 2014 – Duels of the Planeswalkers is the first game in the series to feature a Sealed play mode where players can open booster packs and form a deck from a collection of random cards.

The game will be available for $10.00, and will include 2 slots for Sealed decks. Additional slots will be available for $1.99 each. There will also be a lot of launch day DLC available. For $0.99, you can unlock a deck and all of its extra cards for deck building (though this can be done for free by playing the game), and for another $0.99, you can make all of the cards in the deck foil (shiny). I’m not sure who would spend a buck to make virtual playing cards shine, but I digress. Since there are 10 decks included with the game, to immediately unlock them all and make them shiny would cost an additional $19.80 on top of the base game, but I prefer to unlock the cards and decks by actually playing the game (imagine that).

In any case, check out our preview of the game! It also includes a wishlist of features… it’s about time to see how many of those actually made it into Magic 2014 – Duels of the Planeswalkers! We’ve also got a hands-on preview of Sealed mode.

Are you ready for some more Tiny Tina? Following the controversy surrounding her, it’s good to see her name headlined in the latest DLC for Borderlands 2: Tiny Tina’s Assault on Dragon Keep. It will be released on June 25th and features more new enemy types than the first 3 DLC packs combined. It also provides some new uses for Eridium, such as spending 5 while opening a treasure chest to increase the rarity of its contents. The story this time around has to do with Tiny Tina, Lilith, Mordecai, and Brick playing Bunkers and Badasses (Dungeons and Dragons, basically). The player somehow gets stuck inside the world of this game in a game, and that provides the fantasy setting for this particular adventure. Sounds good to me! Check out this interview with Gearbox about Borderlands 2: Tiny Tina’s Assault on Dragon Keep:

Hotline Miami is making its way to PlayStation 3 and Vita on Tuesday, June 26th. It’s a cross-buy title, so for $9.99, you get both versions. It supports trophies, the touch screen and leaderboards, and includes an exclusive new mask and a “bunch” of new upgrades. If you’ve never played Hotline Miami, then prepare yourself for a brutally difficult overhead action and stealth game with fairly extreme violence and plenty of 1980’s flair, both in the visual and aural presentation. 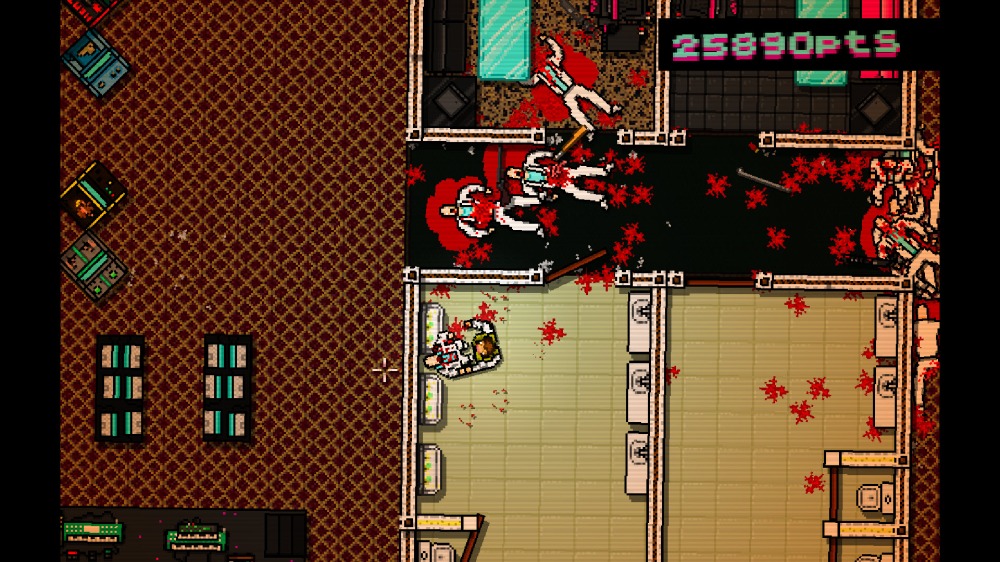 Also being released on Tuesday, June 24th is Deadpool, a game about the Marvel Comics character of the same name, developed by High Moon Studios and published by Activision for PC, Playstation 3 and Xbox 360. Deadpool is a 3rd person action game with plenty of hand to hand combat and shooting elements. What’s hilarious about Deadpool is his tendency to break the fourth wall, and you can expect plenty of that in this game. For more, have a peek at the reveal trailer:

Another big release this week is Project X Zone, a strategy RPG featuring characters from a variety of different game and media universes courtesy of Sega, Namco Bandai and Capcom. Playable characters include Ryu and Ken from Street Fighter, X and Zero from Mega Man, Dante and Dimitri from Devil May Cry and Darkstalkers, Jin and Ling from Tekken, Chris and Jill from Resident Evil, and many, many more! Project X Zone is another game being released on a very busy Tuesday, June 25th for Nintendo 3DS. Check out the trailer from E3:

Murusama Rebirth is yet another release for Tuesday June 25th, bringing the previously released Wii game to the PlayStation Vita.

“Muramasa Rebirth, the enhanced version of Muramasa: The Demon Blade, on the PS Vita features high res graphics, improved controls and available DLC!  Play two stories with two modes of play each and duke it out against samurai, monsters and more!”

Murusama Rebirth is an action RPG developed by Vanillaware that follows the story of a man named Kisuke who has lost his memory. It features a hand drawn art style that should feel familiar to anyone that has played some of the previously released Vanillaware games such as Odin Sphere.

Finally, The Sims 3 is getting another expansion and surprise, surprise, it will be released on Tuesday, June 25th! If you want to take your Sims scuba diving, boating or water skiing (who wouldn’t), The Sims 3: Island Paradise is the perfect expansion pack for you! Also, it has houseboats. You gotta love houseboats! 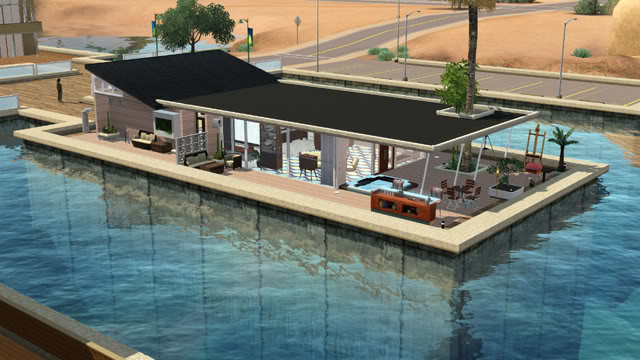 And here on Gamer Horizon, the crew has been keeping busy by continuing to digest and write about all of the amazing games that were on display at E3 2013. Ari’s been thinking about Final Fantasy XV and wondering what kind of RPG elements will be present in the game since the trailer makes it look like all action.  Sean has an interview he’s preparing on The Witcher 3. Ted’s been pondering Nintendo’s place in the next generation, and Chris remains a fascinating mystery to us all. Have a great week!

0 thoughts on “On The Horizon: Magic 2014 – Duels of the Planeswalkers”